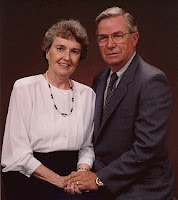 Between any two cultures there is a bridge to cross. Some never make it! The less cultural baggage we carry across the bridge, the much easier it is to fill our lives with the culture we have betrothed. Resistance appears almost immediately if we confuse patriotic sentiment with the ambassadorial charge to represent our Lord as free of cultural trappings from the “other side of the bridge” as possible.Time taught us some tricks.

When I later studied for entrance exams to Brazilian university, political challenges quickly ceased when my response was, “Hey, I was born there, but go ask somebody who knows about American politics and ask them”. The implication was that I was a political ignoramus. We became friends and they began extolling their culture and outlook.I later years when people would ask my name, I would spin a real German accent on Bachmann so that in the different countries of where I worked, they would exclaim with no negative sentiment “Aleman! No?” To which I just asked: “How did you guess?” And there ended the question of roots.  If you don’t make a case of it, others won’t.

When we arrived in , we soon had a first impression of crossing the “bridge”. With keen observation and helpful advice from very patient and sympathetic Brazilian friends, many contrasts came to light. Rule number one: whatever we tried to compare with our culture of origin would probably be in stark contrast to it.

In the of yesteryear, men’s shirts we very form fit, even to the sleeves and had 5 buttons. Trousers were well fitted and looked pretty classy. Shoes were very well made, always of real leather. Then most apparel was done by a tailor or seamstress of whom there were so many and all very good at their trade. Globalization has made devastating inroads to Brazilian culture and identity.

I had a nice white linen suit made for “Sunday go to Meeting”. I wanted to look like any other man in town. The identity came out when I visited a seamstress who had a long career in sewing for the upper class women who of could demand and would pay well. This lady knew I was an American. When she opened the door, looked at me and the clothes I wore, she spontaneously exclaimed: “You’re Brazilian”. It was a momentary illusion. I felt great. At least I was getting part of the visual right on this side of the bridge.

Barbara connected up with a gal who was an executive secretary. She would walk along the sidewalk with a niece of hers in hand. No young Brazilian girl left the house alone. It gave a wrong message! Soon she was stopping in front of the wooden gate at the house we lived in during language school.

Our daughter Beth and the little niece soon were making friends through the gate. Barbara and the gal became very good friends. Altanira began taking Barbara to the open market to shop; to the hair dressers; to the dressmakers; anywhere and everywhere. Altanira became a shadow for Barbara and would dicker prices and purchases that although Barbara could not yet do this, she was learning “all the ropes” from her friend.

I took two buses across town each morning to the language courses. On the bus I met a very fine law student. When Mario learned I wanted to know the Brazilian mind set and the how and why of things, he latched on to me like with all his enthusiasm. It was obvious to me that I would learn much if I showed no displeasure or disagreement at all that was in contrast from the other side of the bridge. After all he knew what he was saying. Why question? Objectivity on my part was the key to learning. No “comparisons” with life and practice on the “other side of the bridge” would bring any help.

One morning I boarded the bus with leather sandals and socks. Mario looked at me visibly shaken. “What are you doing going to school with a fever. And to top it all off, you went and shaved”! The presence of socks suggested you had a fever so you would also remain unshaven. Every time I would use my hands talking, if he caught me using a gesture from the other side of the bridge he would quickly warned me of the meaning of the gesture and why I could not use it in the culture. Wow! Did I learn fast! 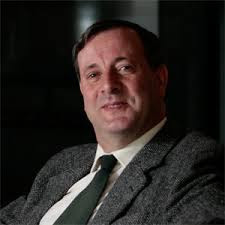 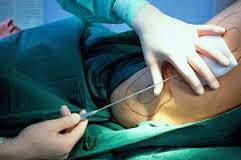